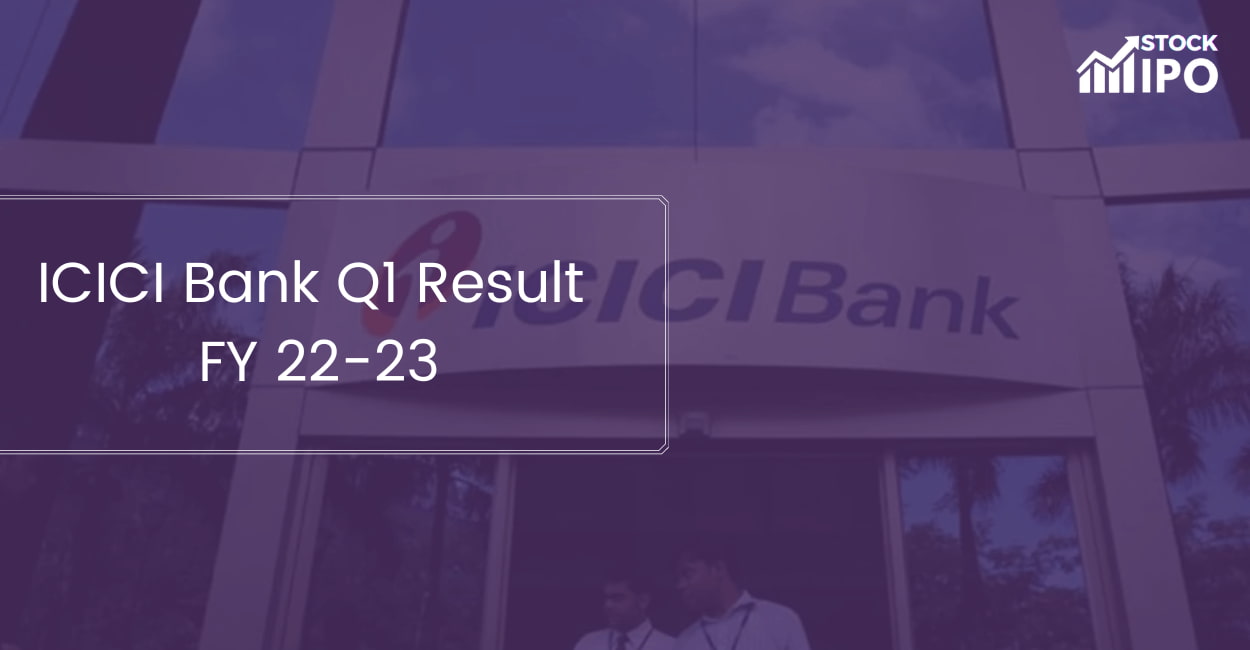 When considering combined assets, ICICI Bank is the biggest private sector bank in India. ICICI Banking Corporation Ltd. was the original name under which ICICI Bank Ltd. was established in 1994. ICICI Bank Ltd. is a member of the ICICI group of companies. ICICI controlled 75 percent of the original equity capital, while SCICI Ltd, a lender that specialises in diversified finance and maritime financing, owned the remaining 25 percent. As of December 1996, ICICI owned 19.9 percent of SCICI Ltd.

ICICI Bank, which is India’s second biggest private sector lender, posted a net profit of Rs 6.905 crore for the quarter that ended on June 30. This figure represents a year-on-year increase in profitability of 50 percent. ICICI Bank’s net interest income (NII) climbed by 21 percent year-on-year to Rs 13,210 crore in Q1 FY23 from Rs 10,936 crore in Q1-2022, the bank said in a regulatory filing on Saturday, July 23. This figure represents an increase from Rs 10,936 crore in Q1-2022.

In the meanwhile, the net NPA ratio went from 0.76 percent as of March 31, 2022 to 1.16 percent as of June 30, 2021, and then it dropped to 0.70 percent at the end of the second quarter of 2022. The total amount of gross non-performing asset additions that were reported for the June quarter was 5,825 crore rupees. The amount of Rs 5,443 crore was reached via recoveries and upgrades of non-performing assets (NPAs), excluding write-offs and sales.

Fee revenue increased by 32 percent year-on-year to a total of 4,243 crore in the quarter spanning April to June, up from 3,219 crore in the same period of the previous year. According to ICICI Bank, fees from retail, rural, commercial banking, and small and medium-sized enterprise (SME) clients accounted for around 79% of the total fees in Q1 FY23.

ICICI Bank’s provisions (excluding provision for tax) decreased by 60 percent during the quarter that spanned from April to June ’23, reaching a total of 1,144 crore as of June 30 2022. This is in comparison to the previous year’s total of 2,852 crore over the same time period. The consolidated profit after tax grew by 55 percent year-on-year, reaching Rs 7,385 crore in the quarter that ended on June 30, 2022, up from Rs 4,763 crore in the first quarter of the fiscal year 2022.

The retail loan portfolio of ICICI Bank increased by 24% year-on-year and by 5% sequentially, and it accounted for 53.1% of the bank’s overall loan portfolio as of June 30, 2022. The entire amount of deposits at the conclusion of the period came to a whopping 1,050,349 crore, which is a year-on-year growth of 13%. During the quarter that ended on June 30, 2022, the average amount of money deposited into savings accounts climbed by 19 percent year-on-year and by 4 percent sequentially. As of the 30th of June in this year, ICICI Bank has a branch network consisting of 5,534 locations and 13,379 automated teller machine locations.

Dharam Nath Jha is a financial content writer, blogger and SEO specialist. He has a keen interest in researching about financial topics like the stock market, mutual funds etc and developing quality content. He is developing content for the past 3 years and during this period he has worked for 8 firms.