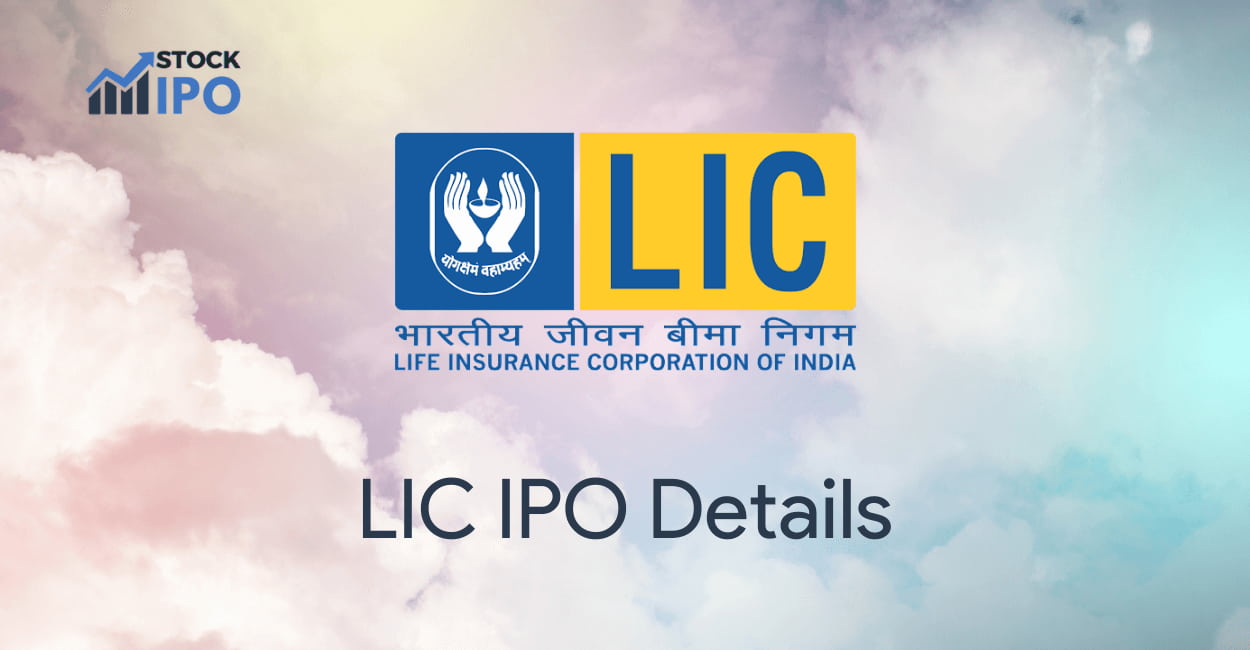 Life Insurance Corporation of India or LIC of India is not a new name to us. We must have heard about this insurance giant a couple of times in our lives. And today this insurance company that started way back in 1956 is in the news for an Initial Public Offering. Below we have explained complete details of LIC IPO.

LIC was established on the 1st of September 1956 by an amalgamation of 243 insurance companies by an act of parliament named the Insurance Act, 1956. Governed by the Insurance Act 1938, the LIC Act 1956, LIC Regulations 1959, and the Insurance Regulatory and Development Authority Act 1999, LIC is a 100% government-owned insurance company that has various branches in the country including 8 Zonal Offices, 2048 Branch Offices, 73 Customer Zones, and around 1240 Mini Offices pan India. The giant also has wholly-owned subsidiaries and joint venture branches in 14 countries namely Singapore, Kenya, Sri Lanka, Mauritius, etc.

LIC IPO was announced by the Union Finance Minister Smt. Nirmala Sitharaman in her speech while presenting the Union Budget 2021. She stated that two public sector banks and one general insurance company would be disinvested this year She further said that LIC IPO would enhance the transparency in operations of the company and would also be a great way to attract foreign capital. Since then, there hasn’t been any news about the issue but it is now expected to be launched in the first half of the next financial year.

The Union Government of India currently owns a 100% stake in LIC. The Draft Red Herring Prospectus (DRHP) for the issue hasn’t been filed yet but according to the news, with the amendments in the LIC Act 1956, the government will be holding at least 75 percent of the stake in the insurance company for the first five years after the IPO. Post that, the state ownership will be shrunk to about 51 percent at all times.

As per reports, the estimated authorized share capital of LIC would be around Rs. 25000 Cr which will be divided into 2500 shares of Rs. 10 each. Numerous analysts have provided a roughly estimated valuation of the insurance company as Rs. 8 Lakhs Cr to Rs. 11 Lakhs Cr which means that the issue size of the LIC IPO can be expected to be between Rs. 80,000 Cr to Rs. 1 Lakh Cr thereby, making it the biggest Initial Public Offering of the capital market.

Here is some information about the IPO release dates, issue size, price band, and some other details.

LIC IPO would be a big opportunity for various classes of investors in the market but due to the absence of the DRHP, the book-building proportion is still unknown. The only confirmed news is that the current LIC policyholders will also be a part of the issue. The authorities have confirmed that around 10% of the LIC IPO will be dedicated to the current policyholders. For this, the policyholders need to ensure that their PAN is linked to the policies they hold and possess a Demat account as well. A detailed step-by-step guide has also been released by LIC on its official website.

In September 2021, the Department of Investment and Public Asset Management (DIPAM), has selected the various companies to manage the LIC IPO:

2022 is expected to witness some major IPOs like the LIC IPO and the NSE IPO, and therefore, we can say that it could be a captivating year for investors. With LIC IPO being backed up by the government, investing in it can turn out to be a good decision especially for the risk-averse investors and the current policyholders. By generating an always increasing revenue and having a significant market share, LIC has always been a well-performing PSU and this is why people have good expectations from LIC Initial Public Offering.