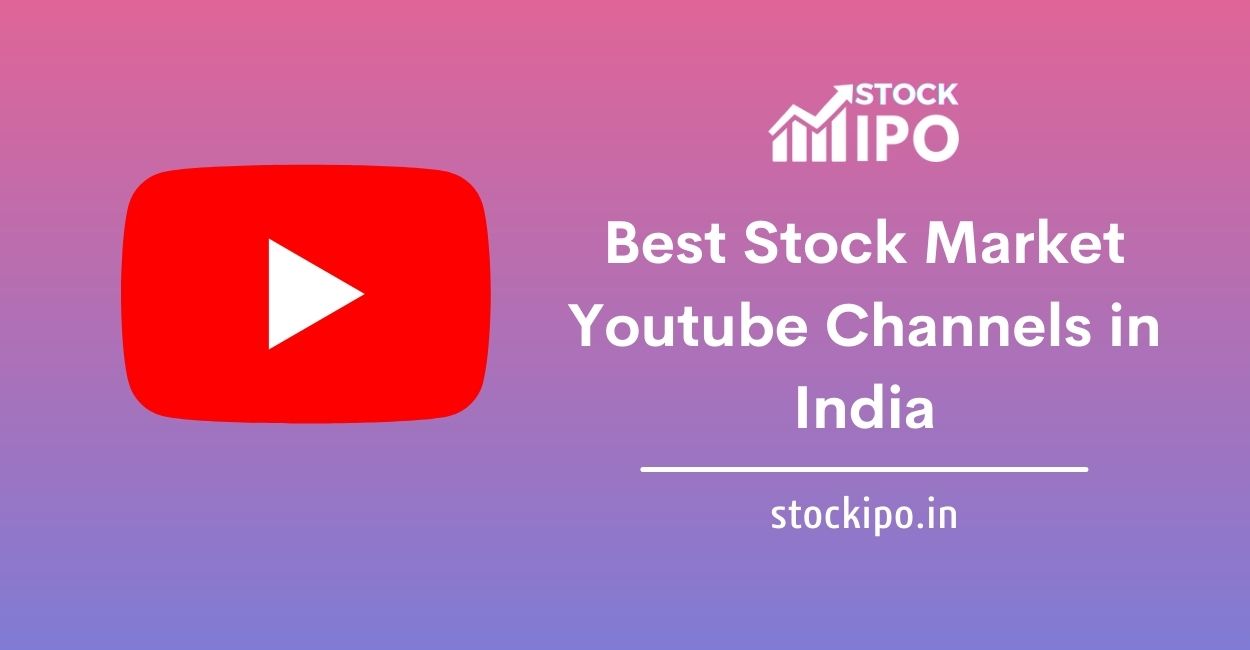 YouTube today has become an essential part of our lives. From browsing videos for educational purposes to having leisure time over watching lifestyle content, we somehow accommodate this video-sharing app in our respective lives. With the emerging interest in the stock market and other investment-related topics as well, Youtube has become a great source of learning for everyone in India. Here we have enlisted India’s top 10 Stock Market Youtube Channels for you to visit and gain the most out of the knowledge they impart.

Here is the list of best share market YouTube channels in India, These youtubers has good amount of experience in the stock market industry, these channels will definitely will help you in gaining stock market knowledge

On the top of our list comes the CA Rachana Phadke Ranade channel. The owner or the chief video presenter of this channel is CA Rachana Ranade herself. Rachana Ranade is a Pune-based Chartered Accountant who currently owns a Pune-based finance firm. The channel currently has 3.37Million subscribers and a total of 157,576,998 views on all the videos combined. The channel is present on the platform for more than 12 years now. The videos posted on the channel aim at educating the masses about the stock market and other financial concepts in a more simplified and easy-to-learn way.

Second, on the list comes the Pranjal Kamra channel. The main video presenter of the channel is Mr. Pranjal Kamra himself. So far as his educational background is concerned, he is a post-graduate in Securities Markets, Investments, and Securities from the National Institute of Securities Market. Currently, he is serving as the CEO of Finology.in that aims at helping people to invest seamlessly. His Youtube channel was started in the year 2011 and at present, the channel has a total of 3.50Million Subscribers and 136,031,046 combined views on all the videos. The One-manned channel is dedicated to value investing, financial advising, and behavioral finance.

The third on the list is the Siddharth Bhanushali channel. Started by a middle-class guy in the year 2013, the channel currently enjoys a total of 740K subscribers with 25,605,312 combined views on all the uploaded videos. Mr. Siddharth Bhanushali has a very captivating story wherein he lost all his initially invested money in the stock market but that later turned out to be a turning point in his life. Later on, he began his learning about the stock market and its various components, and now he and his team are on the path to impact the financial lives of around 1 crore people all over India every day.

Next on the list is the Sahil Bhadviya channel. Comparatively a newer one, this channel has gained a fair number of subscribers of 323K in just 2.5 years of its establishment. The combined views on all the videos posted sum up to 17,784,763. The main presenter of the videos, Mr. Sahil Bhadviya, is an ex-data analyst who worked for 6+ years in the It sector. Later on, he left his job and turned towards educating people about personal finance. The channel primarily aims at providing knowledge on the topics of money management including the stock market, mutual funds, insurance, tax planning, etc.

On number 5, we have Convoy by FinnovationZ. The channel doesn’t mainly focus on the financial markets and their derivatives, instead, it deals with the economy of India and all the information regarding it including the stock market of course. The channel has shifted its videos to short videos these days so that a big chunk of information can be delivered in a short time to the viewer. The channel was established in the year 2014 and currently has 1.84Million active subscribers with a total of 175,255,019 combined views on all the videos posted on the channel.

Next comes the Groww channel. With a huge investor base on its app, the makers have also started its own Youtube channel to educate the masses about all the happenings in the stock market.  The channel has 6 main video presenters who educate the viewers in English as well as Hindi. Soon after the launch of the investing platform, the Youtube channel was introduced in the year 2017 and since then it has gained 1.29Million subscribers. The channel has a total of 145,219,263 combined views on all the videos posted on the channel.

6th on the list is the Warikoo channel. This channel is owned by Ankur Warikoo, who’s one of the co-founders of the Nearbuy app. Apart from this, he’s an entrepreneur and also an angel investor. Ankur is also an alumnus of the Indian School of Business and is also a mentor to various new-generation startups. The channel was established in year 2017 and has 1.42Million subscribers with a combined viewership of 70,058,551 views. The main focus of this channel is to provide content related to entrepreneurship, how to grow in life, personal finance, and how to deal with failures.

The Indian Investor is number 7 on our list. This channel was established in 2017 and has gained a total of 413K subscribers in this journey of around 5 years. As compared to other channels, this channel has grown at a slower pace. The combined views on the channel are 30,536,936. The videos posted on the channel majorly focus on providing education to Indian Investors and advising them strategies to follow thereby making them financially aware.

The last is Goela School of Finance LLP. The channel is handled by two brothers who look forward to their passion, that is, the stock market. Both of them have also appeared on TEDTalks as well. So far as education is concerned, the channel is a team of CFA, MBA, and CA as mentioned on their channel. The channel was established in 2014 and till now has gained 127K subscribers with a total view count of 3,963,433. The videos mainly focus on educating people on stock markets.

The above mentioned are the top 10 stock market-related YouTube channels that not only provide knowledge on the stock market and its derivatives but also educate people on personal finance and entrepreneurship. We hope the list provided by us gives you the required information about these channels. Until then, Happy Investing.