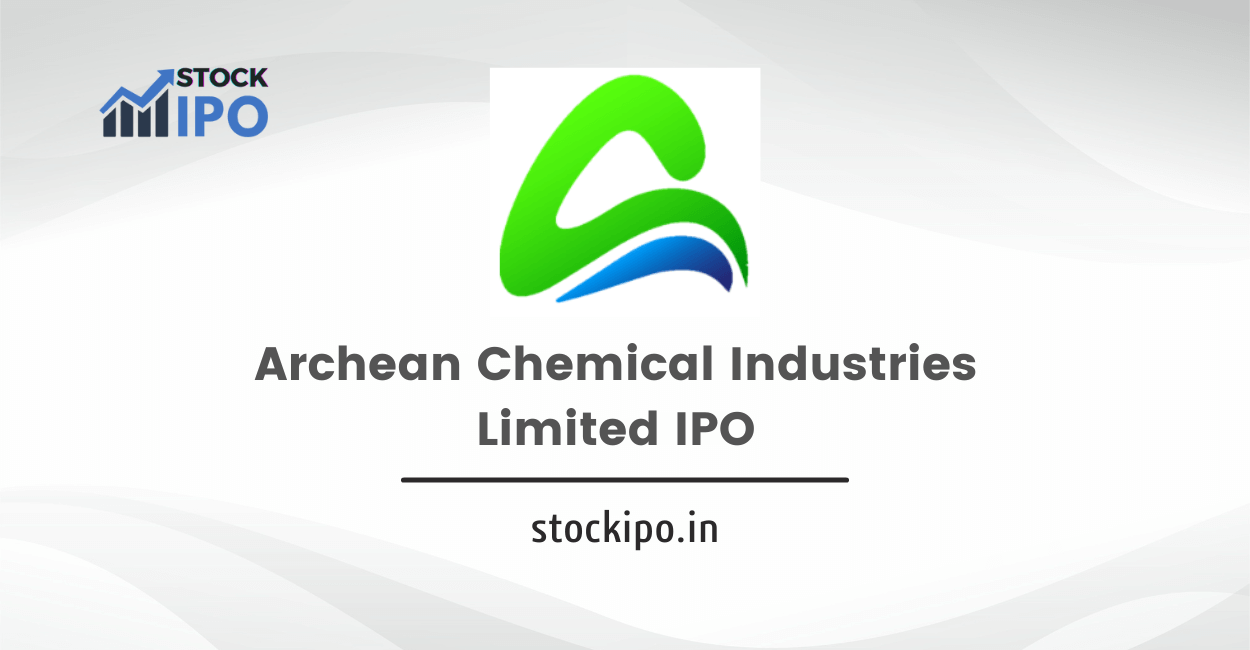 In a renewed IPO season, many companies are coming up with their IPOs after a prolonged waiting period of a year. One such company coming up with its IPO is Archean Chemical Industries Limited. The company’s IPO will remain open for subscription from November 9-11, 2022. The IPO price band of the company is ₹386-407/share. The IPO size is ₹1482 crores. One lot consists of 36 shares. At the IPO price, the implied market capitalization of the company stands at ₹5000 crore!

Archean Chemical Industries Limited is a Chennai based company which manufactures specialty marine chemicals such as bromine, industrial salt, and sulphate of potash. The company has access to salt fields and brine reservoirs spanning approximately 240 square kilometers near the Rann of Kutch in Gujarat with a lease from Gujarat government till 2048.

The company is also in the process of expanding the capacity of bromine to 42,000 metric tonnes of which 13-14,000 metric tonnes will be for captive consumption to produce higher priced derivative products used to produce polyester films, polyester fibre, and yarns. The company’s marine chemical business is conducted on a business-to-business basis both in India and internationally.

As of June 30, 2022, the company marketed its products to 18 global customers in 13 countries and to 24 domestic customers.

Following are the objectives of the company’s IPO:

Key risks faced by the company

Key strengths in the company’s business:

As per the annualized profit of Q1 FY23, the company demands a PE multiple of 15x, whereas its peers trade at multiples ranging from 19-40x. In FY22, the company had one of the highest operating margins and ROCE among the niche chemical companies.

So this was all that investors need to know about Archean Chemical Industries Limited IPO. Although the company has good business fundamentals and is coming out with an IPO at reasonable valuations, investors should take into account the key risk factors before deciding to apply in the company’s IPO!