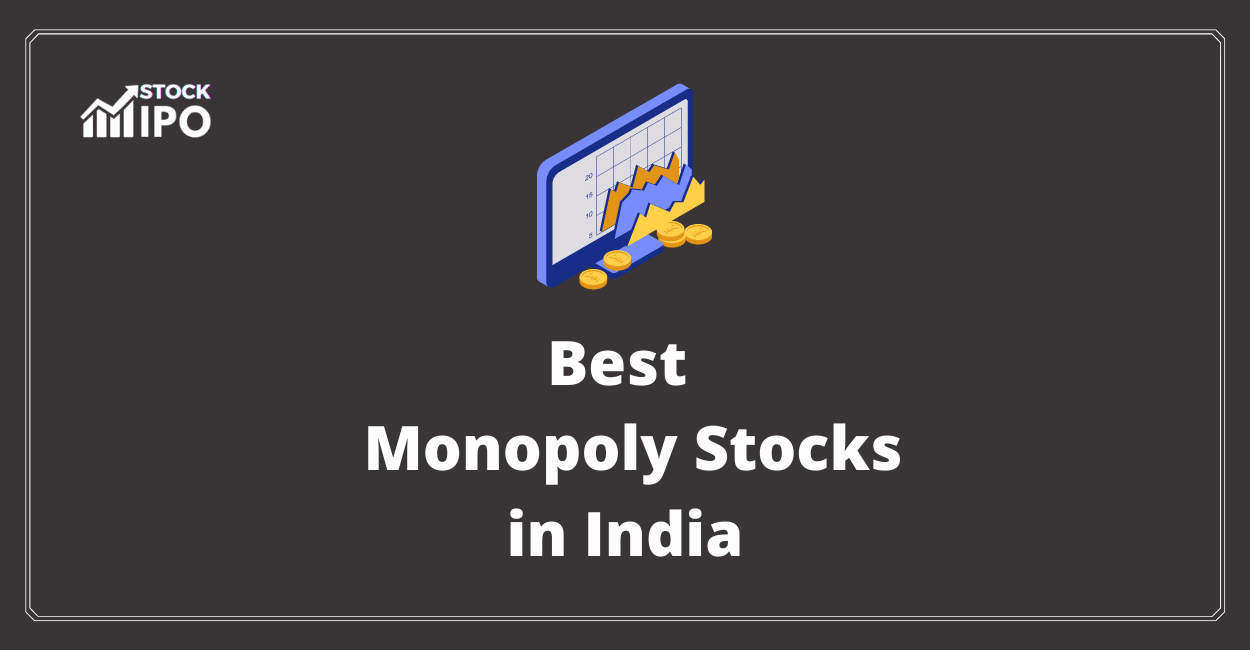 Monopoly is the term used to address a leader in a dominant position. A Monopoly in terms of a market means that the said entity is in significant control of that particular industry and no competitors pose a serious threat to its business. It means to have complete ownership or control of the entire supply of goods or services in a certain market.

Monopoly stocks are shares of companies that have stayed in the market for a long time and have a reputation for generating revenues even during adverse economic times. Monopolistic companies seem to dominate the industries they belong to. We shall look into some of the best Monopolistic Companies in this Article.

One of the most well-known Monopolistic stocks in the country, ITC is a leading Fast-moving consumer goods company in India and is well known for its dividend-paying capacity. It manufactures a wide range of varied consumer products including cigarettes and hotel business.

It is the Monopoly in selling cigarettes in the country as it holds about 77% of the country’s cigarette market. It is a fundamentally strong share and pays out at a dividend yield rate of 4.9%.

Founded in the year 1988, Computer Age Management Service Limited is an Indian Mutual fund and Asset Management Company. CAMS has a 70% market share of the total assets pledged under asset management in the country.

As the mutual fund industry is growing constantly in India, CAMS being the leading player will definitely benefit from its growth.

Formed in the year 1999, The Indian Railway Catering and Tourism Corporation is an Indian Public sector undertaking that acts as the backbone of the entire Railway system in India. Indian Railways is known to be the biggest railway network in the world, and the size at which they operate is humungous.

IRCTC is the sole Monopoly working towards the betterment of Indian railways. However, there have been talks about privatizing part of the railways but none of it has been conceptualized as of today.

Coal India is a domestic public company that is a public sector undertaking incorporated in the year 1975. It is the largest coal producer in the world.

It produces about 82% of the country’s coal. It is one of the best blue-chip companies in India and It is a fundamentally strong share and pays out at a dividend yield rate of 8.88%.

Pidilite Industries is an Adhesive producing company founded in the year 1959 by Mr. Balvant Parekh. They were the founders of brands like Fevicol, Dr. Fixit, Fevikwik Etc. They are known for their aggressive market penetration and marketing techniques.

They are responsible for 70% of the production of Adhesives in the country.

Multi Commodity Exchange was India’s first commodities derivatives exchange. The company is responsible for 92% of Commodity exchange transactions in India, Its next best competitor is National Commodity and Derivatives Exchange Limited (NCDEX) with a market share of around 7%. It was founded in the year 2003.

Indian Energy Exchange was formed in the year 2008 and is regulated by the Central Electricity Regulatory Commission. It is in the business of providing physical delivery of electricity, renewables, and certificates. It is the monopoly in trading Short term electricity contracts.

Nestle is a Swiss multinational food and drinks processing company. It is a Monopoly in the publicly held food company industry. Nestle is very strong fundamentally and has impressive cash flows from operations. They pay regular dividends. It pays out at a dividend yield rate of 2.44%.

Bharat Heavy Electricals Limited is an India Public sector undertaking based out of New Delhi. It was founded in 1956 by the Government. BHEL is India’s largest power generation equipment manufacturer. Many power generation companies are highly dependent on BHEL as it is the Monopoly of the heavy electrical industries. It has a revenue of 21,210 crores Annually.

Jubilant Industries is a Monopoly in the Agri products manufacturing industry in India. They produce a wide range of products from Crop nutrition to performance Polymer products. It was incorporated in the year 2007 and is based in Noida, Uttar Pradesh. Jubilant Foodworks hold the legal franchise for Domino’s Pizza among many famous food joints.