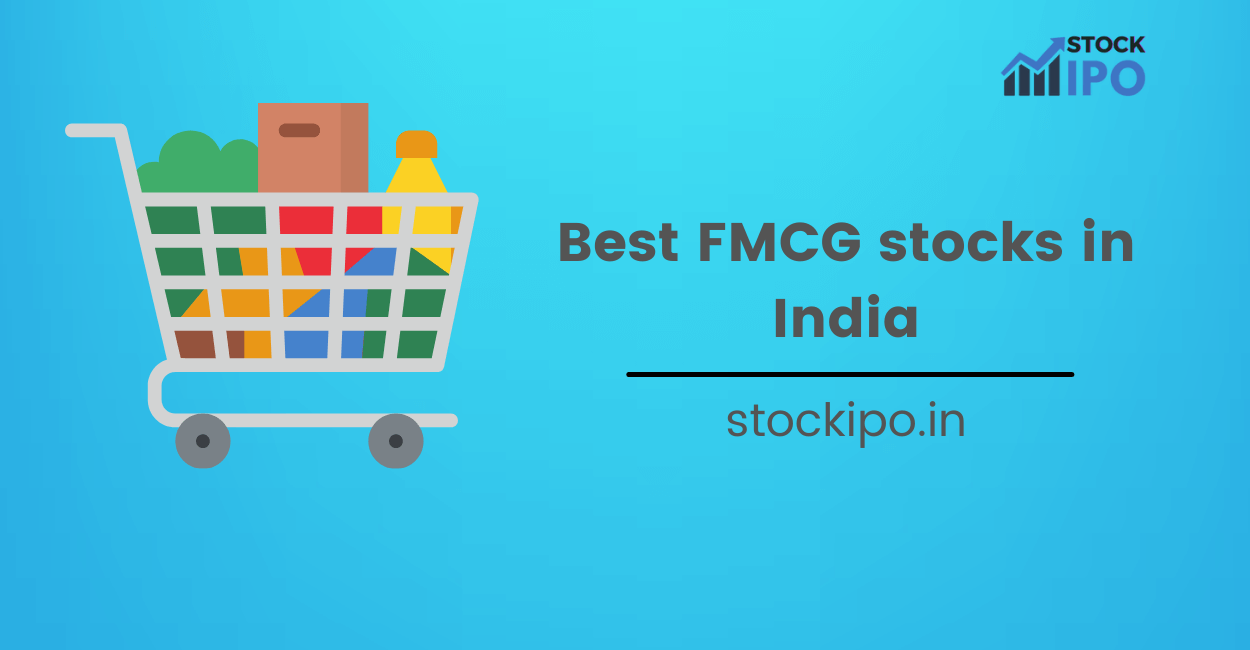 FMCG stocks are considered defensive stocks in volatile times. This is because the drawdown in share price is lower than those in consumer discretionary companies. So from this perspective, investors can consider stocks in this sector in their portfolio. So let us discuss the top ten FMCG stocks in India.

Following are the best FMCG stocks in India to consider

The company is a market leader in 90% of its businesses. Hindustan Unilever Limited is involved in products relating to home care, beauty and personal care, and foods and refreshments segments. The company earned a ROCE of 40% for FY21 and trades at a PE multiple of 57.

The company’s portfolio includes chocolate such as Barone, Kitkat, and Munch. It also has cereals such as Nangrow, Ceregrow, and Nescafe range of coffees as well. The company did pose some hurdles when the Indian government banned its cash cow Maggi owing to harmful ingredients found in it.

It has products like Amla, Vatika, and Almond hair oil in the haircare space, Dabur Meswak, Dabur Lal Dant Manjan in the oral care space, and Dabur Gulabari in the skincare space, and Real juice in food and beverages.

It is a top Indian FMCG company that deals in consumer care and food products. Their product Chawanprash has a market share of 60% in India. They also have a 40% market share in the honey segment.

Going by the popularity of its Saffola brand, the company has introduced certain new products like Saffola masala oats, Saffola oodles, and Saffola honey, under the same brand name.

Colgate Palmolive India Limited is engaged in the business of personal care, which includes oral care. When a product becomes so successful that it replaces an entire category, it is known as genericization.

But soon, Patanjali Ayurveda started taking over with its whole range of ayurvedic products, and Colgate’s market share dropped to 51%. But Colgate has since then started fighting hard by launching its new products. The company earned a ROCE of 96% for FY21 and trades at a PE of 36.

The company operates in haircare, homecare, and personal care products. Indian accounts for 54% of its revenues, followed by Indonesia, Africa, and Latin America, which account for 17%, 24%, and 4% of revenues respectively.

What is interesting about this company is that it was started as a lock manufacturing company in 1897. Since then, the company has entered into multiple business segments and is one of India’s top FMCG companies.

Tata Consumer Products Limited is a leading group company of the flagship Tata Group. The company is the largest tea company in the domestic market and the second-largest tea company in the world with brands such as Tata Tea, Tetley, GoodEarth, and tea pigs. In the foods business, it sells salts, dals, pulses, spices, poha, etc from its brands like Tata Salt; Sampann & Tata Nx.

Emami Limited is a leading Indian FMCG company engaged in the manufacturing of personal care and healthcare products. It has brands such as Boroplus, Navratna, Fair and Handsome, Zandu Balm, Kesh King, and Zandu pancharishta in its portfolio.

Established in 1910, Indian Tobacco Company (ITC) Limited is the country’s largest cigarette manufacturer and seller. The company operates in five business segments which are; FMCG cigarettes, FMCG others, Hotels, Paper and Packaging, and Agribusiness.

For its cigarette business, ITC Limited is a market leader in the organized cigarette space with a market share of over 80%. With the cigarette business forming only about 45% of its overall revenue stream, it takes around 85% of the overall profit before tax of the company.

Following were the top ten FMCG stocks that investors can consider in their portfolios. But it is important to do your own due diligence before investing in any of these stocks. One should also pay attention to the valuations and risks involved in each of these companies.