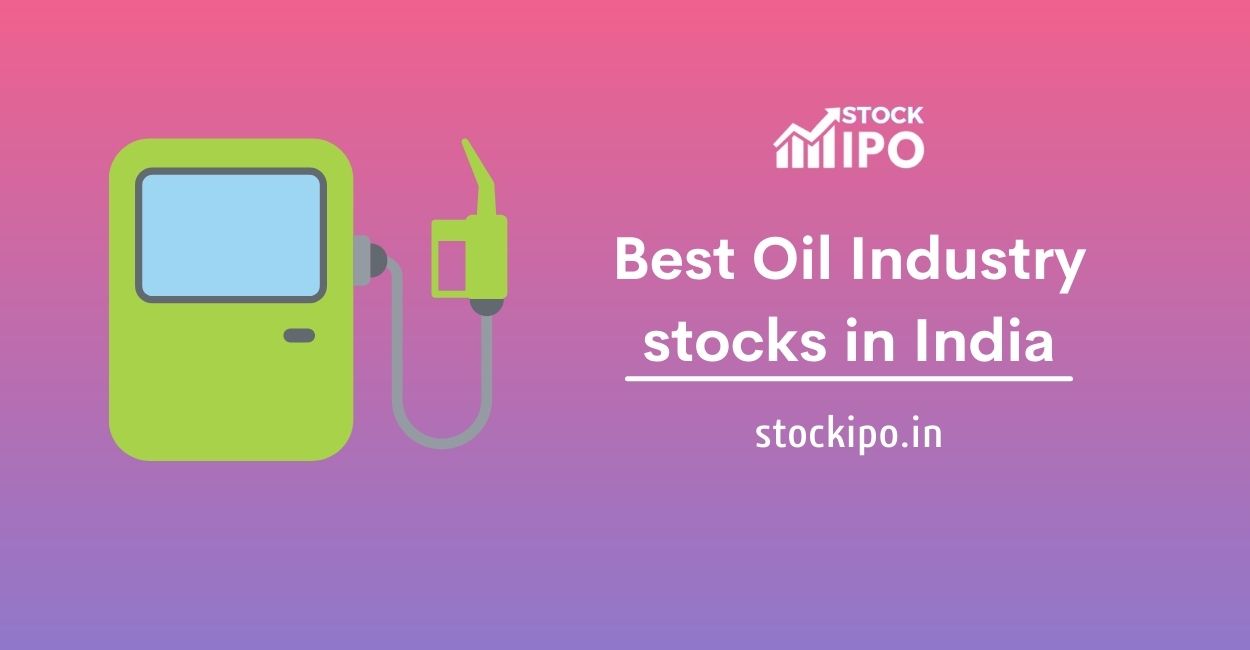 Oil companies are very important to any country’s economy. As we know it, some countries are heavily and solely dependent on oil like few countries in the middle east. They provide fuel for transportation and power. They also aid in activities such as producing plastics, rubber, and fertilizers.

Sadly, the oil industry is highly volatile and can give investors a few fears. Profits and losses can swing wildly based on small shifts in demand. On top of this, Investors must take into account the effect on the oil industry because of climate change and global warming. Here are some of the top oil stocks and factors to consider before buying oil stocks.

The Indian Oil Corporation is a public sector undertaking company that is engaged in producing oil, gas, petrochemicals, and alternative energy sources. It is also the country’s topmost ranked Energy entity on the Fortune-500 list. It boasts one of the biggest customer bases in India. It has more than 32,000 fuel centers in India. It is a fundamentally strong share and pays out at a dividend yield rate of 9.64%. It is currently trading at Rs 118. It has a market cap of 1.10 Lakh crores.

The oil and natural gas corporation was formed in 1956 in New Delhi. It is under the ownership of the government of India and is involved in the business of oil and natural gas. It is India’s largest National Oil Company. Its international subsidiary ONGC Videsh currently has projects in 17 countries. It has a market cap of 2.07L crores.

The shares are currently trading at Rs 164.65

Petronet LNG Ltd is a public sector undertaking set up by the government formed by the government of India to import liquefied natural gas. It erected the country’s first LNG receiving and regasification terminal at Dahej, Gujarat. It has a Paid-up capital of Rs.1500 Crore. It has a market cap of 33240 Crores and It is currently trading at Rs 227

Oil India is a Public sector undertaking owned by the government and headquartered at Noida, It is engaged in the business of Oil and natural gas. It is the second biggest hydrocarbon explorer of all public sector companies. It pays out at a dividend yield rate of 11.5%. The shares are currently trading at Rs 282. It has a market cap of 32548.42 crores.

One of the most famous household companies in India, Reliance industries is part of the reliance group and was incorporated in 1973. It has multiple businesses which include energy, and oil. natural gas, etc. Reliance Industries is one of the most actively traded stocks in the Indian share market. It has a market cap of 18 lakh crores and It is currently trading at around Rs 2635.

Jindal Drilling Industries is a leading Indian company dealing with offshore drilling in India’s Oil & Gas sector. It was formed in 1989. Their business is prevalent in the Indian Subcontinent, the Far East, and the Middle East countries. It has a market cap of 598 crores

The shares are currently trading at Rs 208

Asian Energy Services Limited is an Oil & Gas industry service provider. They offer integrated project management and end-to-end services across the globe. They enjoy an array of innovative technology solutions and a decorated management team. It is a subsidiary of Oilmax energy and was bought out in the year 2016, It has a market cap of 382 crores.

Hindustan Oil Exploration Co. Ltd. Was founded in 1983. It was the first private sector oil company to have commenced oil exploration activities. In 1993 and was listed in 1990. It has a market cap of 2772 crores

It is currently trading at Rs 208

Deep industries is one of the leading companies that provide services related to coring, workover, and drilling rig services to various oils and gas companies. They were one of the first companies in the country to provide gas dehydration on a charter hire basis. Deep Industries Limited has been serving the industry in various segments with the foremost being providing Air & Natural Gas Compressor Services. It has a market cap of 722 crores.

Selan Exploration was incorporated in 1985. It has been producing oil since 1992 since the opening of the oil sector to the private sector by the Indian government. The board has vast experience in the field of Geophysical Data Acquisition, Processing, and Interpretation. It has a market cap of 304 crores and the shares are currently trading at Rs 199.