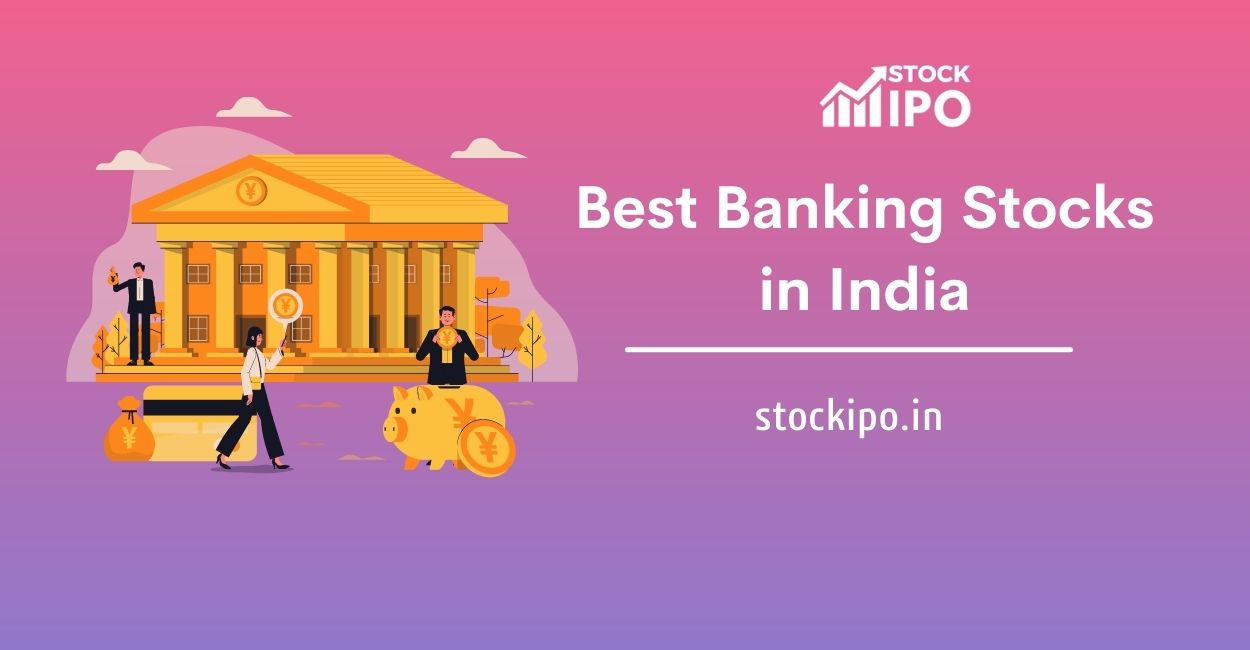 Today, we are going to talk about a sector which is the backbone of an economy’s growth. It is a sector without which an economy cannot flourish! By now, you must have guessed that it’s the banking sector which is being talked about. Banks are the institutions through which savers and borrowers meet. By lending capital to the needy borrowers, banks help in creating a multiplier effect on people’s income. This fact is enough to emphasize this sector’s importance. And if you want to be a part of India’s growth story, you must consider banking stocks in your portfolio. So let’s discuss the 10 best banking stocks in India to invest in!

Following are the 10 best banking stocks to consider in India:

HDFC Bank Limited, founded in 1994, is the most valuable Indian bank by market capitalization, and the third most valued Indian entity only after Reliance Industries Limited and Tata Consultancy Services Limited. The company offers a range of commercial and transactional banking services to its wholesale and retail customers. As of March 2021, the bank had a deposit base of over ₹13.3 lakh crore, of which ₹6.15 lakh crore have been lying in current and savings account. The company’s share price has grown 22% annually during the past 20 years.

ICICI Bank Limited is the second most valued bank, only after HDFC Bank. Its Capital Adequacy Ratio stands at 19.51%. The company earns a net interest margin of 3.67% and a CASA ratio of 41.8%. The retail customers account for 66% of the total loan book, followed by corporates at 2% and SMEs at 4%. The company has operations in the USA, Singapore, Bahrain, Hong Kong, Dubai, China, UK, Canada, etc. The company holds stake in five subsidiaries. But ICICI Bank fares better on digital banking initiatives as compared to HDFC Bank Limited.

Kotak Mahindra Bank is a part of the diversified financial services group led by a prominent banker Mr. Uday Kotak. The bank has a capital adequacy ratio of 23.4%, and earns a net interest margin of 4.45%. The bank operates 1600 branches and 2600 ATMs across India. It has an active customer base of 2.3 crore users. In FY20, the company opened 70% of the new accounts through digital channels.

IDFC First Bank Limited was incorporated on December 18, 2018 with the amalgamation of IDFC Bank and Capital First under the leadership of Mr. V. Vaidyanathan. The bank has a capital adequacy ratio of 14.33% and earns a net interest margin of 4.65%. The company’s focus is increasing on growing its retail loan book and expands its net interest margins and increase the CASA ratio.

IndusInd Bank Limited was founded in 1994. As of Q3FY21, the bank’s capital adequacy ratio stood at 16.34% and had a net interest margin of 4.12%. The bank is a part of Hinduja Group of companies. The bank’s branch network has doubled in the last five years from 1000 to 1915, and it has a customer base of 2.5 crore users. 57% of the bank’s loan book is in the consumer finance division and the rest 43% is in the corporate and commercial banking division.

Bandhan Bank Limited received the banking license from the Reserve Bank of India on June 17, 2015. Hence, it is a relatively new entity as compared to the larger banks. The bank was founded by Mr. Chandra Shekhar Ghosh with a mission to introduce banking for the rural poor. He started the bank’s business copying the success of microfinance model in Bangladesh. The bank’s net interest margins stand at 8.30%.

The State Bank of India is the largest public sector bank in India as it is the banker to every Indian! The bank has over 200 years of operating history. With a social objective of providing loans at affordable rates and high non-performing assets, the bank’s profitability has taken a hit. But during the last one year, the story has started to improve.

With Kiara Advani and Aamir Khan as its latest brand ambassadors, the bank is trying to mark their presence in the industry. The bank has a significant presence in the small finance space and disburses small ticket loans to borrowers. The bank earned a return of equity of 22.3% in FY21.

Equitas Small Finance Bank started operations in the year 2007, and has presence in 17 states and Union Territories with 861 bank branches and 330 ATMs. The bank provides loans under 6 categories. It has a capital adequacy ratio of 21.58%, and it earns a net interest margin of 8.47%.

So these were some of the best banking stocks that investors can consider in their portfolio. However, investors should note that this is not a recommendation to buy these stocks at current market levels and they should do their own due diligence before taking an investment decision.

Are these above stocks in BANKNIFTY?

Yes, these above stocks are in the top 50 list of BANKNIFTY

Are banking stocks good for Intraday?

Intraday stocks are not dependent on the sectors which you choose, it all depends on fundamentals, technical charts and news.

Any Bank stock which gave more than 100% return in 1 year?